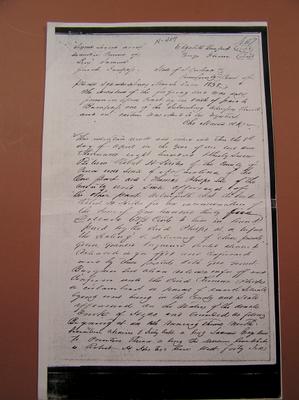 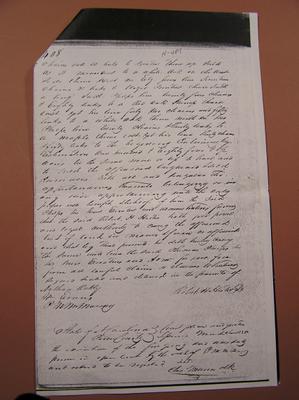 our Lord one thousand eight hundred thirty seven. Between Robert H. Hester of

Phelps Sr. of the County and State aforesaid of the other part. Witnesseth that

the said Robert H. Hester for and in consideration of the Sum of One hundred

Phelps a certain tract or parcel of Land, Situate lying and being in the County

Lawrence Gray’s line to Pointers, thence along the division line which is Robert

Thence up said as it meanders to a White Oak on the West side, thence West on

thence East on yet his line forty two chains and fifty links to a White Oak,

East yet his line thirty chains and fifty links to the beginning. Containing by

and to hold the aforesaid bargained & sold premises.

his heirs Executors and Administrators forever. That the said Robert H. Hester

same unto him the said Thomas Phelps Sr., his heirs Executors and Admin, Forever

to and from all lawful Claim or Claims whatsoever.

P. M. McMurray and ordered to be registered.