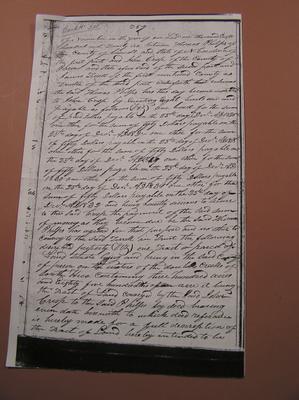 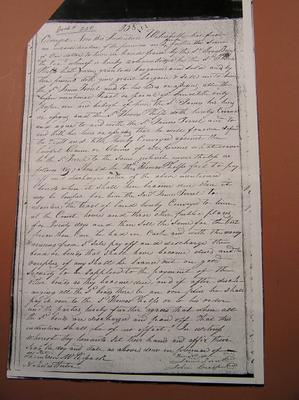 John Crisp to Thomas Phelps with James Terrell as Trustee

first mentioned County as Trustee of the third part. Witnesseth that whereas the

bonds due and payable as follows:

on the waters of the Double Creeks of South Hico, containing three hundred acres

intended to be Conveyed.

the receipt whereof is hereby acknowledged, he the said Thomas Phelps hath given

for the best price than can be had in cash, and with the money arising from said

Sale, pay off and discharge the bond or bonds that shall become due, and the

payment of the other bonds as they become due, and if after discharging all the

bonds are discharged and paid off, That this indenture shall be of no effect.

and date as above written.

Done in the presence of: